The Fight & Flight update is live! 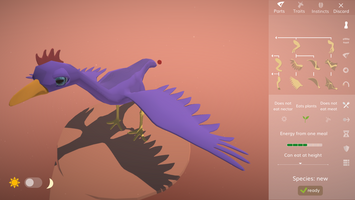 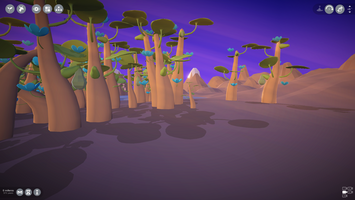 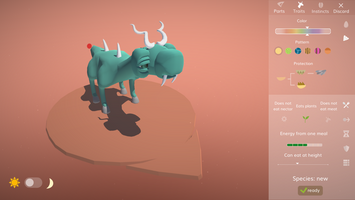 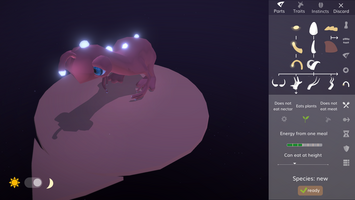 Over the past few weeks, all of these new features have been introduced one by one in a series of devlogs. An overview, as also shown in the trailer video:

Besides these new features, there is still a long list of small bug fixes and enhancements, so expect many smaller polishing updates over the coming days and weeks. Once that is out of the way, the 6th and final video devlog for this update, about the game's music, will follow.

A short simulation game where you design your own plants and animals, and put them in a world together.