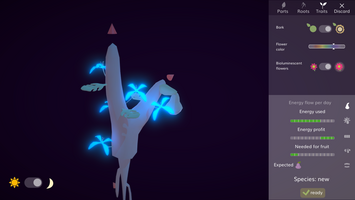 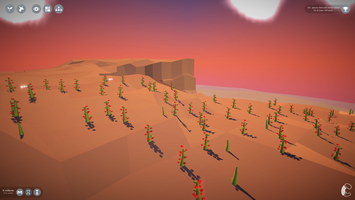 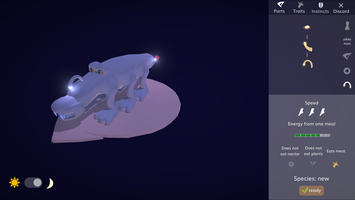 Today the first big update for evolution simulation game The Sapling is announced: the flower update. It will release September 10th, and will extend the indie sim with major new functionality.

A very general overview of the new features can be found in the list below. More details on the flower update will be revealed gradually over the coming weeks on thesaplinggame.com/flower.

I made good use of the current quarantine situation and spent 3 months to completely rewrite and optimize the underlying engine, making scenarios that are 100 times larger a possibility. It took a lot of blood, sweat and tears (okay, only sweat), and resisting the urge to not implement pandemic functionality instead, but when I found myself accidentally playing and enjoying the game again instead of bugfixing, I knew something was right. The larger terrain is what made the rest of the features possible; mixing genes does not really make sense in ecosystems so small that they are fighting for space to grow.

More information on these dates:

A short simulation game where you design your own plants and animals, and put them in a world together.